Posted by Constance Monroe in Informational

After surviving Tropical Storm Nate, we thought something should be said about it. There was a lot of devastation throughout Costa Rica. Many Ticos and ex-pats alike say that this is the worst storm they have seen in many years. Here in the Southern Zone people lost parts of their land, their entire homes or businesses and bridges have been completely washed away. Costa Rica reported 8 of its citizens dead. Both the beach road and the mountain road which get people to the Southern Zone from San Jose are closed due to bridges being out and roads collapsing. Hundreds of people were provided with shelter and thousands went without water and/or electricity for days.

At Summerland we had 3 trees down, damage to a fence and corner of a roof but otherwise no serious damage. There were 4 landslides between Alfombra and Summerland and those have all been cleared enough to pass. Gas is being rationed – or may even be out in some gas stations as there is no way to replenish until the roads are improved. There are still Sansa flights out of San Isidro; Quepos airport is closed after October 8th for a pre-planned upgrade. Sansa reports that they are working hard on getting permission to use a nearby private airstrip in the meantime.

The day after the storm brought with it a beautiful sunny day. While this was good for drying out, it would be another full day before many roads looked like they might even be thinking of becoming dry. The people however have been the key to the road to recovery. There have been emails and Facebook postings of areas where to drop off supplies for people; back hoes and dump trucks were well on the way the very next day to fix roads and repair bridges. A drive through town or a walk through the neighborhood would inevitably engage you in conversations with locals discussing how everyone made it through the storm.

In tribute to the devastation, the government declared three days of National Mourning from Friday, October 6th through Sunday, October 8th. During these days the flag was to be flown at half-mast in all government facilities and all official festivities were to be suspended. See a full article and words from the president at the Costa Rica Star here: Costa Rica Star

If you need assistance with your home from the aftermath of the storm or if you simply would like information on any progress we’ve heard of being made in the Southern Zone please send us an email. We will be updating our website as the country continues to make progress towards a full recovery. 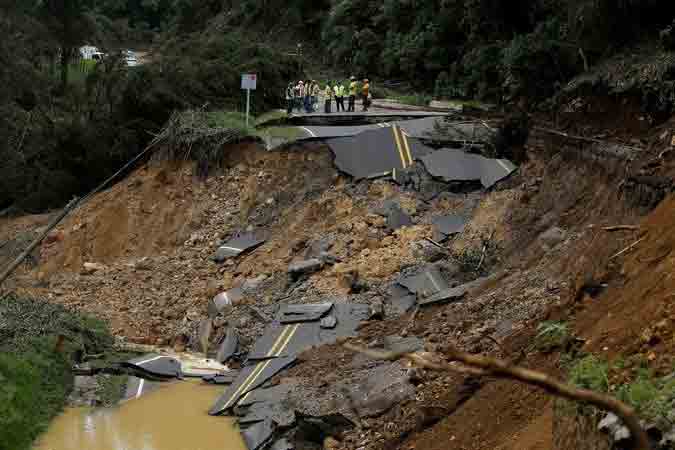